We have a new car!

Not brand-new but about 12 years old....but still new to us!  Our last car went to the great scrapyard in the sky in May 2019 and what a miss it has been without one....especially these past few months as I have tried to (and failed!) to get on top of the allotment mess.  And bringing compost up to the plot was a pain....I'd push the bags home in a shopping trolley, take the trolley back then have to split the bags in half as I couldn't carry a full one. Neil nearly had a fit the day he came home from work to find five big sacks of compost at the bottom of the stairs!  But at least now I can transport any supplies straight up there and our flat will remain relatively compost and plant-free.....ish!

Yesterday afternoon we popped into our local Homebase ~ him for tool stuff; me for a plant mooch. I hadn't planned to buy anything but you know how it is....I still managed to come home with three plants which are now safely in amongst the rest of my pots outside in our sunny courtyard.

I treated myself to two Honeyberry 'Kamschatica' as I've heard they're very tasty (and at just £3 each it would have been rude to ignore them, wouldn't it?) and a catmint plant ~ a variety called 'Walker's Low' 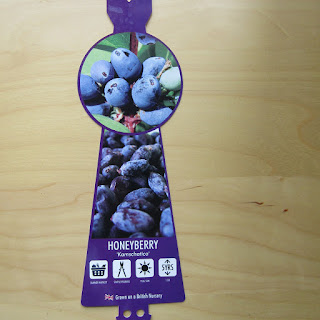 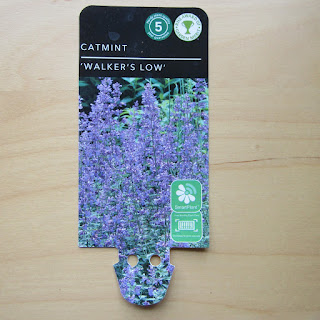 Later on I nipped up to the allotment as I hadn't had a chance to get up there for over a fortnight due to work, weather and other ties.  Yes, it WAS completely overgrown and I had to hack my way through the borage and nasturtiums that were scrambling and toppling over the path!!! 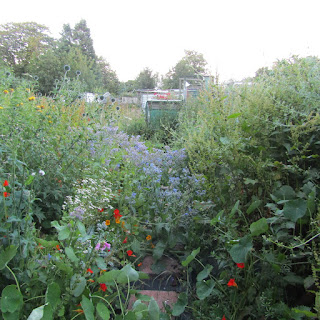 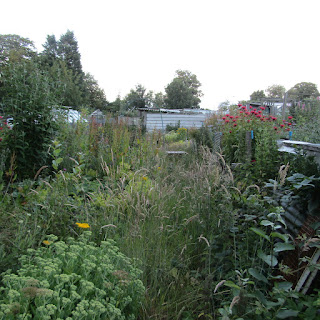 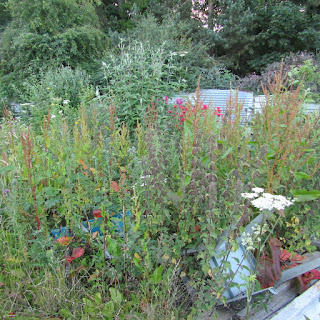 One of my 'mystery' shrubs in pots turned out to be a Redcurrant!  It had a single berry on it which I soon ate and it was very nice so I'll definitely treat myself to a few more varieties. This particular plant was a reduced-to-clear one from Wilko from either last year or the year before and because it was so cheap I decided to give it a chance. I've never eaten redcurrants (nor the white or black varieties!) so at £1.50 it was worth a try. 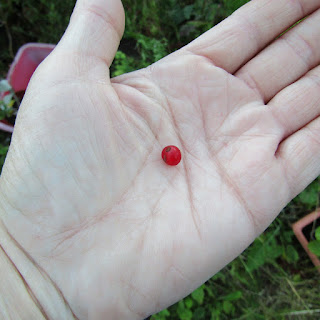 I also noticed the leaf-cutter bees had been at my Francis E. Lester rose which I was pleased about as this variety had been recommended to me as being attractive to them.  I'll put a bee box up next summer and have this rose climbing over an arch or pergola. For now it's in a tall terracotta pot. 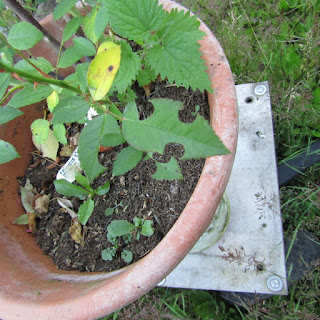 I'd soon collected a few pots of plants to bring back home.  Since I'll be completely gutting the plot I've decided to move what I can to our courtyard so I can continue to enjoy the flowers and colour and, in the case of my precious David Austin roses, continue to deadhead and feed them.  Weirdly enough I could only find three of my roses! I definitely had four of them so the missing one is most likely buried under a load of weeds or rampaging raspberries!  I'm sure it'll turn up once I start cutting things back.  I crammed as many as I could into the back of the car and will pop back later on to get the remaining pots. Some I shall pot up into larger pots and fresh compost and others will be ok in the ones they're in with just a bit of feeding. It's only for a few weeks/months until I get the plot cleared and work out where the new beds and borders are going to go and then they can be planted out into their permanent spots.

My ever-growing collection in the courtyard ~ a couple of the neighbours have commented on how nice it is to see a bit of colour. 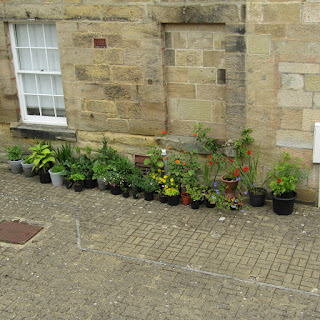 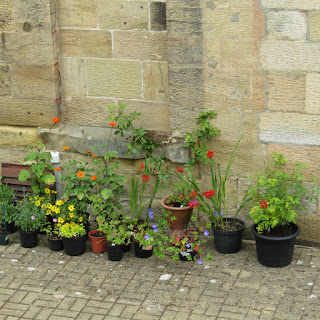 Gillian Osborne
Born in 1968 in Wallsend, North Tyneside I've always been obsessed with gardening and animals. I moved up to rural Northumberland in October 2004 with husband Neil and we now live in the market town of Alnwick with our rescue cat Bailey.